THAT WAS ONLY YESTERYEAR 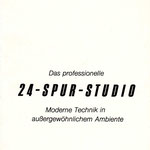 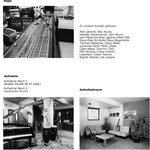 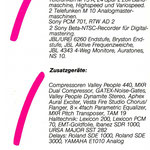 I had two of those, one with record and play amplifiers V86 / V87 with tubes (sound was excellent, did my master tapes with them) and one with solid state technology V396 / V397 (which were available with selen transistors since 1963), for the safety copy. The haptic experience, to touch a tape, mount it, to actually feel and splice it still is a very familiar feeling).

Watch the tape counter at the right tape roller - which I think is a mechanical masterpiece for that period.

Assuming we still had engineers and fine mechanical workshops to make constructions like that and had deciders (!!!) to set priorities in leading positions, I´m sure, we would have had no problems with "BER", the new Berlin airport, completion of "Elbphilharmonie" and last but not least "Stuttgart 21" (I couldn´t  resist to whine about a system of contradictory rules and the arrogance of politicians - as well as Everyman - meddling with details they know nothing about).

In commemoration: Tape counters in minutes and seconds (not spins, cm or inch) only came to international use with the upcoming electronic displays.

The string quartet had a concert on September 30th 2013 -  Michaelis - at the chapel of Michael on "Michaelsberg" near Cleebronn. Guest soloist was  Helene Godefroy on the viola da gamba. She performed a solo piece by Abel and a cello suite by Telemann, accompanied by the quartet.

We recorded the concert with a few takes during the sound check as alternative material.

Berthold Jüngst did the recordings. His recording van  was located beside the church. The picture of us (without Helen) is by his courtesy as well.

Long gone and worth seeing ...

In the beginning of the seventies I played in a progressive rock band based in Detmold named "Zyan Zwo" - cast: Uli Herfurth, sax, cl / Manfred Deppe, git, viola / Christian Kuhnke, git, bass / Rolf Sander, drums. All the titles of our programme had a verbal connection to "hammer". One was "Hammerfest" (a Norwegian town), one was "Hammerhart" (hard as a hammer), one was ”Hammarskjöld”" (remember the UNO Secretary General) and so on.

In summer 1972 we had the opportunity to play a festival in a stone quarry near Höxter. On the scene as well: Alexis Korner, Arthur Brown, Golden Earrings and German upcoming band "The Scorpions", who also provided the PA.

My fellow student Steffen Seithel packed some mobile equipment from the "Tonmeister Institut Detmold", our audio school. That was analogue equipment, of course, and mainly tube mics and tube preamps. The recordings are contemporary witnesses of that time.

Later on it started to rain, feel for Steffen with his gear ...

Having met my old friend  Marlon Klein on the occasion of a show with his band "Dissidenten" at the Jazz Open Stuttgart (see picture above), it seems logical to feature the optical and acoustical memories of "Jack Bone Group" (see pictures below), the band of his elder brother Hans-Peter. We were  the rhythm section of this formation. In Herford we had a rehearsal room wall to wall to "Missus Beastley". Two titles were recorded at the "Tonmeisterinstitut Detmold" and you’ll find them further below in "Things worth hearing", one is "Hot Rubber", originally composed by Uli Herfurth of "Zyan Zwo", arranged by me, and the more environmentally inspired "Leichenwagen Erde" by Hans-Peter. 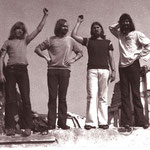 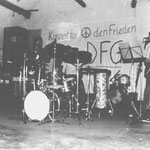 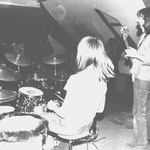 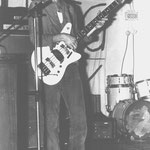 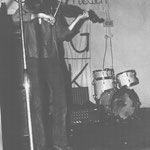 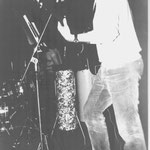 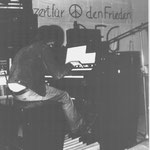 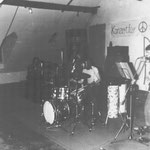 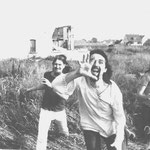 Marlon once teased us, that brothers Klein lifted their arms to show the "venceremos" fist (Marlon the arm at the heart side, Hans-Peter the opposite), while Wolfgang Nickel put his hands on his hips, but I was hiding my hand behind my head - hahaha.

(sorry, translation is hard to do, even though it doesn’t rhyme)

< A little bit of resignation in the lyrics - and even though I find myself smashing illusions, that doesn’t contradict necessary criticism! Rock music should have proved something different: you can have a different kind of sensibility by all means compatible with  criticism ... and that could easily be misunderstood in these lyrics and initiate an escape. Let’s leave it at that: the music they´re playing is more convincing than the words - but things can be changed. >

That´s what "Blaetter des Bielefelder Kulturrings" said, sounds a bit high brow today. - Anything not serving reeducation to better mankind isn´t worth existing - . At least a few nice words about the music ... Any difference to today? ...

In 1983 we reunited to make music again. We were lacking practice, but it was fun anyhow.

Long gone and worth hearing ...

Music recorded during the 80ies in "studio westend" with TEAC 8-track (and anytime, anywhere else)

Zyan Zwo , festival 1971 at a stone quarry near Höxter

Jack Bone Group, at the studio of "Tonmeister Institut" Detmold 1973