Take notice: As a result of escalating commodity prices we have to adjust our prices as well !

In 2020 the preproduction model was finished, we were recalculating wire thickness to get the same DCR as in the original. Thanks to CJ on GroupDIY !

Static screening is a matter of course and there will be a PinOut PCB as well.

Prototype was optimized with 0,09mm wire in the second proto, this value gets close to the original DCR:

Pin Out PCB added in next step. 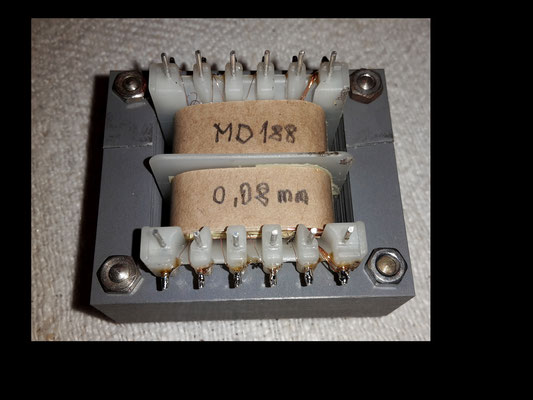 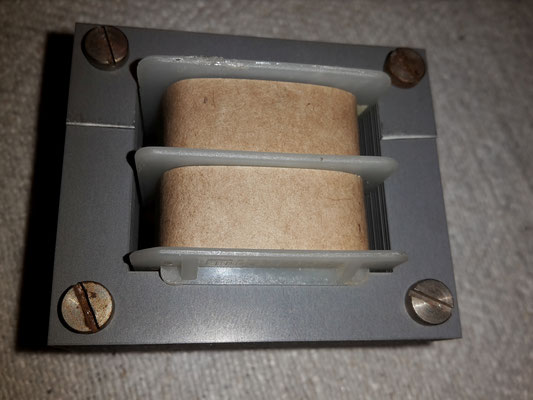 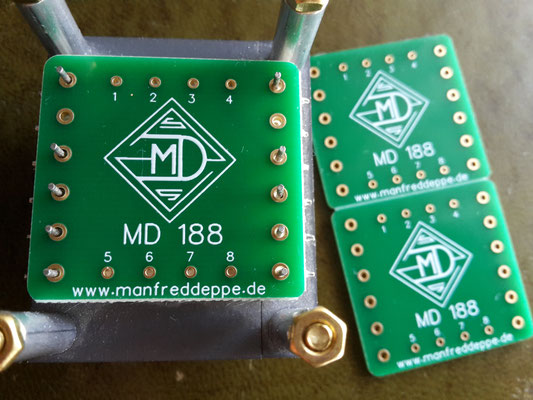 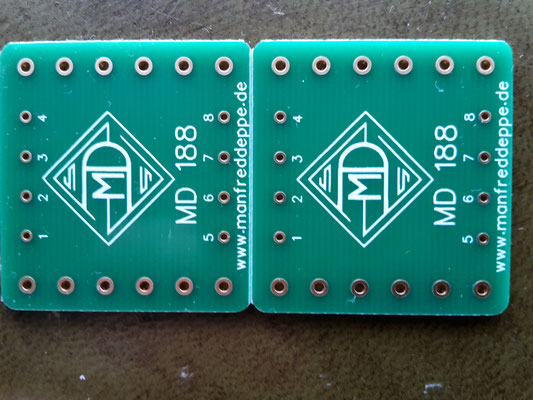 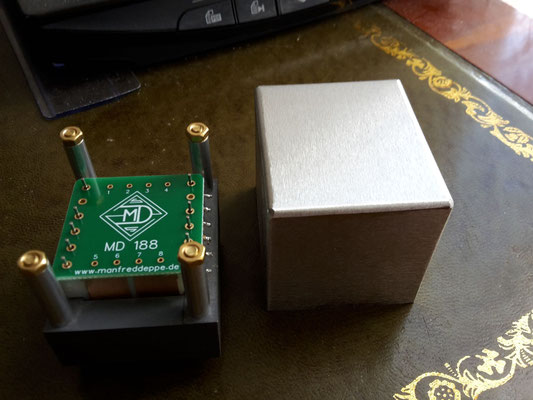 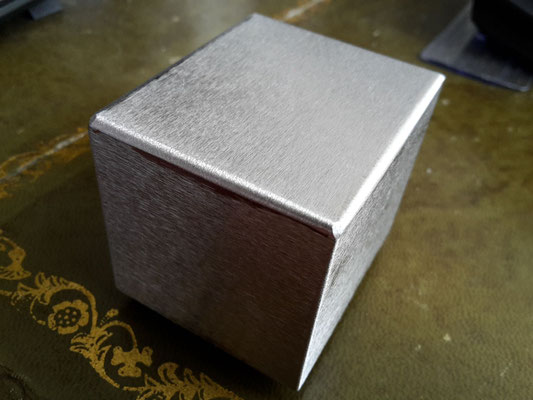 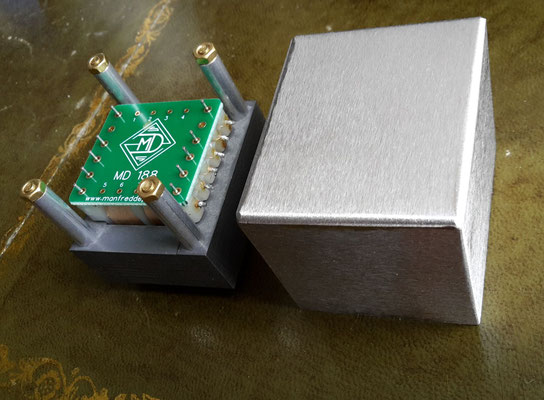 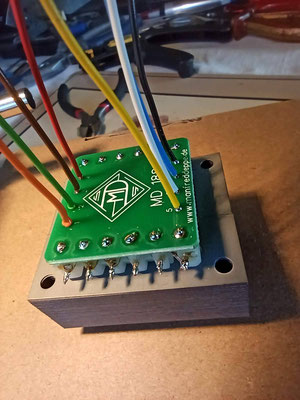 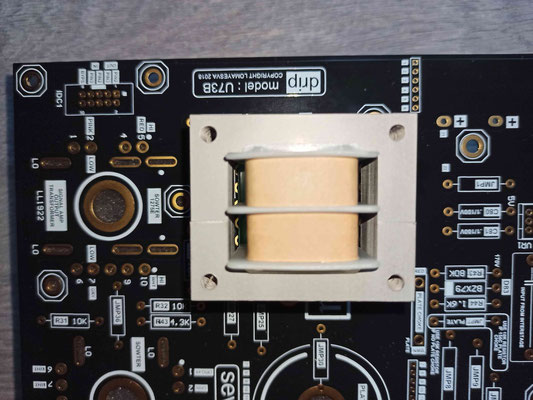 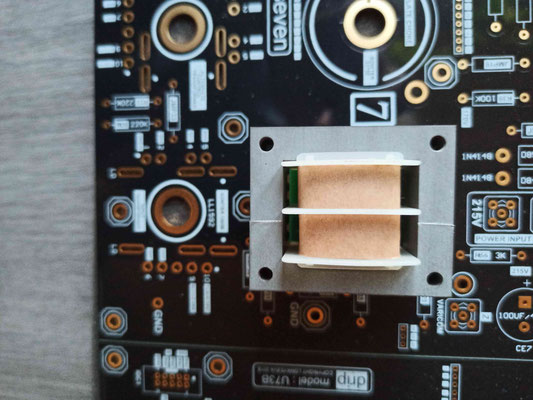 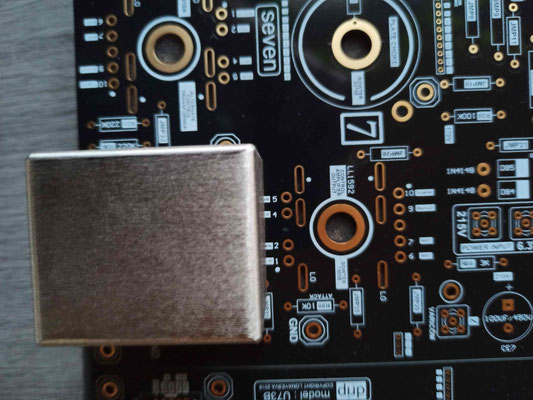 The above picture could lead to the conclusion, one might be able to solder the trafo to drip´ s PCB directly. No, you can´ t. The pictures were taken to show the possibility to mount them, regarding the size.

This T 188 is built to original specs and for sale here. Bobbin with pins make it possible to mount direct to any PCB (not drip´ s !) or to connect to the Pinout PCB.

With the help of an experienced trafo winder (thanks to Enzo !) and one of the rare german sources of EI 48 mumetal core material still being produced in Germany we were able to develop a replica of the venerable T188. Grading has changed over time, but this material is something in between "Dynamoblech IV", the old (pre WWII) core material for transformers and a modern equivalent. I doubt, the old "german gun - material" does in fact produce the desired "sound".

Anyhow, reason enough to give it a go.

We deconstructed an original HAUFE T 188, to see how it was wound - arrangement of coils, interlacing, thickness of wires etc.

Static screening  as used in the original. With the start of the batch production we found proper copper strip, which works optimally in reducing capacitance. Gathering more information I used the contacts I had to people engaged with the company originally producing these parts in Usingen/Germany.

DC resistance is very close to that of Haufe transformers (which came in a wide range), sound is very close, too. 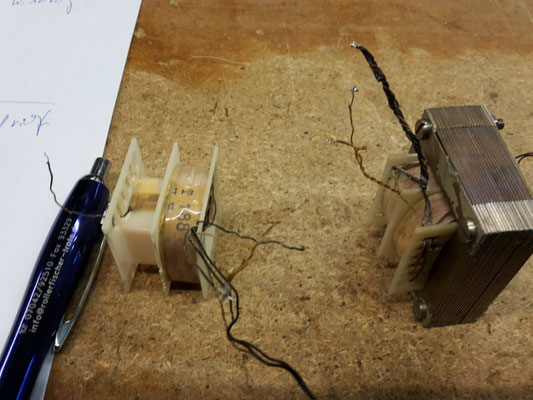 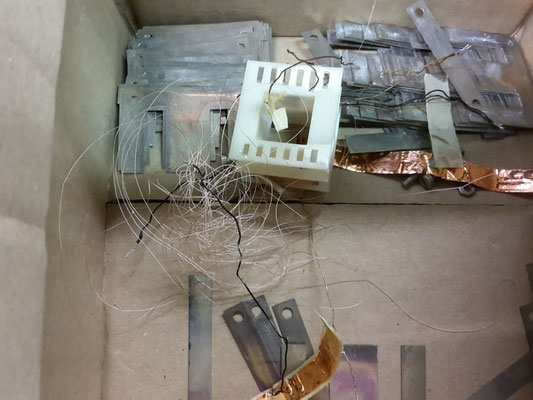 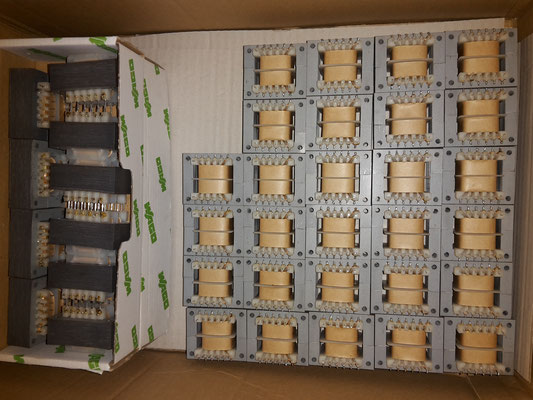 Value destructed, for the sake of gaining experience ... actual result.